SILICON SCRAMBLE is a fast-paced score attack shoot 'em up!

Self-destruct your way to victory by chaining kills and tactically exploding into enemies!

This game was originally made in one week for the Gunner Parade '22 game jam, winning 1st place overall!

(it's a pretty cool and addictive game. not surprised to see that it won the jam)

Great game :)
Only played it a couple times so far but will play some more later. Figuring out the scoring route is fun and satisfying, and while difficulty and bullet density is low, I'd argue it's an advantage because dying even once kinda dooms you, scoring-wise. Juggling combo with bombs is also really cool, the system is similar to Blue Revolver in that you first rack up scores and then use the bomb (and a special weapon in BR's case) at the right time for a huge reward. Even the power level of the bomb feels really fun as you can oneshot some of the juicier enemies if positioned and timed well. The only nitpick is that the game might be a little too generous with lives, but I'd need to play the game more to say that with confidence.

Would love to see a bigger game like this! 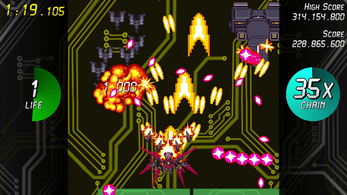 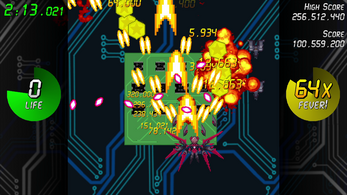 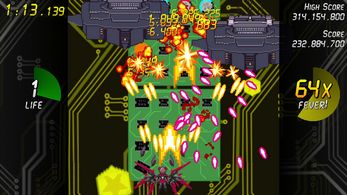